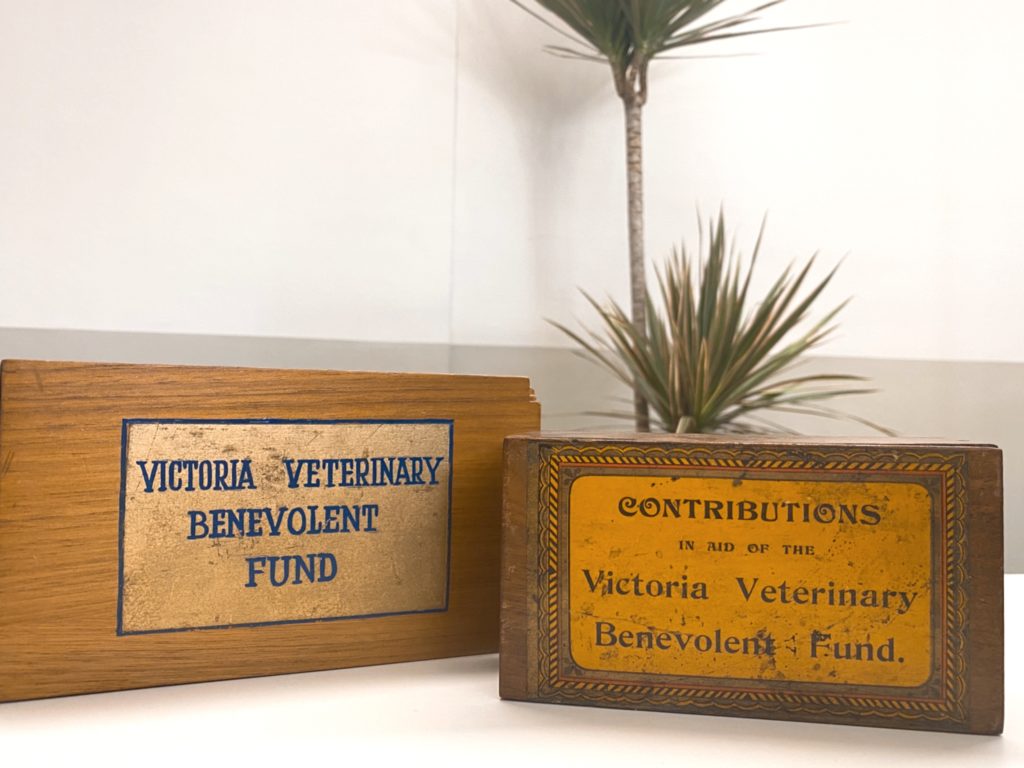 Over a century of history

From the very beginning this defence society had an equally important benevolence function and to reflect this, in 1867, it underwent a name change to become The National Veterinary Benevolent & Mutual Defence Society (The National). Each time £500, from members’ subscriptions, accumulated in the defence fund £400 would be transferred to the ring-fenced benevolent fund, for the relief of widows and orphans of unfortunate members of The Society.

There was some criticism of The National for ‘… confining its bounty to its own members…’ and it is believed that this was what led to the setting up of The Victoria Veterinary Benevolent Fund (The Victoria) in 1897, the year of Queen Victoria’s 60th Jubilee – albeit that by then, The National had changed its rules (in 1896) and was already extending its benevolence to non-member veterinary surgeons and their dependants.

Despite some initial conflict the two benevolent funds were soon working alongside each other amicably, and did so for the next 80 years or so, until it was decided in 1976 that they should merge. In 1978 they became The Veterinary Benevolent Fund (VBF) and the mutual defence arm of The National was spun off as The Veterinary Defence Society (VDS) – though to this day VDS has continued its benevolence as a generous supporter of VBF/Vetlife.

In 1992 Vet Helpline was set up as a ‘Samaritans for vets’ telephone helpline, run by a handful of well-meaning volunteer vets, and initially funded equally by RCVS and BVA.

In 1998 The Veterinary Surgeons’ Health Support Programme (VSHSP) was established. Its initial purpose was to provide support and treatment for veterinary surgeons facing allegations of professional misconduct as a result of the misuse of alcohol, other substance abuse and/or mental health problems.Funding was provided mainly by RCVS, with additional significant annual contributions from VDS. Both organisations have continued their generous financial support as VSHSP has evolved into Vetlife Health Support, which now offers a much broader, totally confidential, service.

In 2005 Vet Helpline and VSHSP were taken under the wing of VBF when all three organisations merged as a single charity.

In 2015 VBF was rebranded as Vetlife with its three integrated component functions becoming:

1. Vetlife Helpline: now run by a professional manager and a team of around 70 trained volunteer vets who provide this fully confidential service, answering calls and emails, 24/7, 365 days a year.

2. Vetlife Health Support: this part of the service is now provided by ‘March on Stress’ with a multi-disciplinary team of qualified mental health professionals.

3. Vetlife Financial Support: continues with the traditional ‘benevolence’ role of the charity but helps a much wider range of beneficiaries than back in 1865, when it all started. Please see www.vetlife.org.uk for more details.

The profession can be proud that it has a very long history of supporting those in the veterinary community who find themselves in difficulty, whether this be as a result of civil litigation, allegations of professional misconduct or through ill health or other misfortune.

If there’s something troubling you, please get in touch for confidential support

Register to send an email with your address removed. You’ll get a reply within 24 hours.

Subscribe to our monthly newsletter and stay up to date with all news and events.

How we can help

We use cookies to ensure that we give you the best experience on our website. If you continue, we’ll assume that you consent to this. Find out more.